The Minaret of Jam

The Minaret of Jam is one of the few well-preserved monuments representing the exceptional artistic creativity and mastery of structural engineering of the time. Its architecture and ornamentation are outstanding from the point of view of art history, fusing together elements from earlier developments in the region in an exceptional way and exerting a strong influence on later architecture in the region. This graceful soaring structure is an outstanding example of the architecture and ornamentation of the Islamic period in Central Asia and played a significant role in their further dissemination as far as India as demonstrated by the Qutb Minar, Delhi, begun in 1202 and completed in the early 14th century.

The Minaret of Jam and its associated archaeological remains constitute exceptional testimony to the power and quality of the Ghurid civilization that dominated the region in the 12th and 13th centuries. The Minaret of Jam is an outstanding example of Islamic architecture and ornamentation in the region and played a significant role for further dissemination. 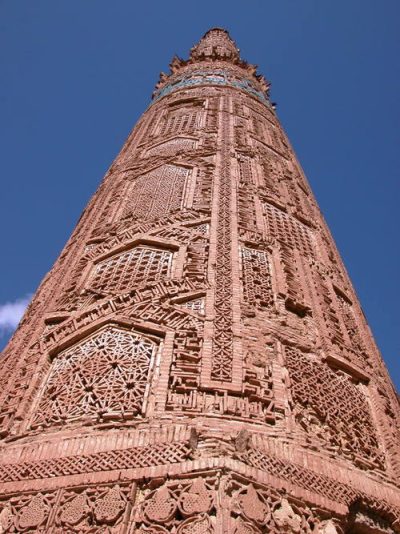 The Cultural Landscape and Archaeological Remains of the Bamiyan Valley

The Cultural Landscape and Archaeological Remains of the Bamiyan Valley represent the artistic and religious developments which from the 1st to the 13th centuries characterised ancient Bactria, integrating various cultural influences into the Gandharan school of Buddhist art. The numerous Buddhist monastic ensembles and sanctuaries, as well as fortified structures from the Islamic period, testify to the interchange of Indian, Hellenistic, Roman, Sasanian and Islamic influences. The site is also testimony to recurring reactions to iconic art, the most recent being the internationally condemned deliberate destruction of the two standing Buddha statues in March 2001. The artistic and architectural remains of Bamiyan Valley, an important Buddhist centre on the Silk Road, are an exceptional testimony to the interchange of Indian, Hellenistic, Roman and Sasanian influences as the basis for the development of a particular artistic expression in the Gandharan school. To this can be added the Islamic influence in a later period.

The Bamiyan Valley is the most monumental expression of the western Buddhism. It was an important centre of pilgrimage over many centuries. Due to their symbolic values, the monuments have suffered at different times of their existence, including the deliberate destruction in 2001, which shook the whole world. 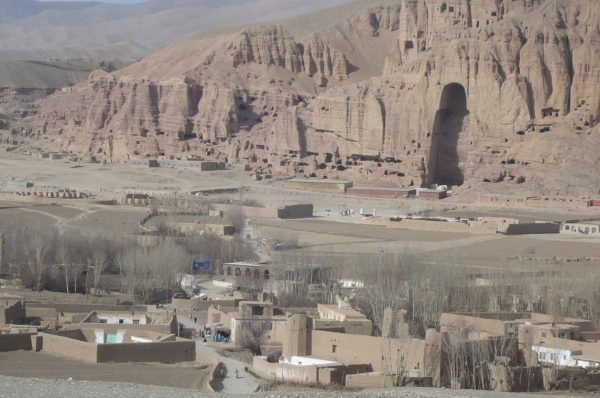