Memphis is located in the center of the floodplain of the western side of the Nile. Memphis is associated with the religious beliefs related to the God of the Necropolis “Ptah” who was sanctified by the kings, as well as with outstanding ideas, artistic works and technologies of the capital of one of the most brilliant and long-standing civilizations of this planet. In Memphis was founded one of the most important monuments of the world, and the only surviving wonder of the ancient world, namely, the Great Pyramid of Giza. Its architectural design remains unparalleled and scientists continue to conduct research on how it was constructed. The Pyramid Complex of Saqqara is also a great masterpiece of architectural design, for it contains the first monumental stone building ever constructed and the first pyramid ever built (the Pyramid of Djoser, or the Step Pyramid). The great statue of Rameses II at Mit Rahina and the pyramids of Dahshur are also outstanding structures.

The Orthodox Monastery of St Catherine stands at the foot of Mount Horeb where, the Old Testament records, Moses received the Tablets of the Law. The mountain is known and revered by Muslims as Jebel Musa. The entire area is sacred to three world religions: Christianity, Islam, and Judaism. The Monastery, founded in the 6th century, is the oldest Christian monastery still in use for its initial function. Its walls and buildings of great significance to studies of Byzantine architecture and the Monastery houses outstanding collections of early Christian manuscripts and icons. The rugged mountainous landscape, containing numerous archaeological and religious sites and monuments, forms a perfect backdrop to the Monastery. St Catherine’s Monastery is one of the very early outstanding examples in Eastern tradition of a Christian monastic settlement located in a remote area. It demonstrates an intimate relationship between natural grandeur and spiritual commitment. 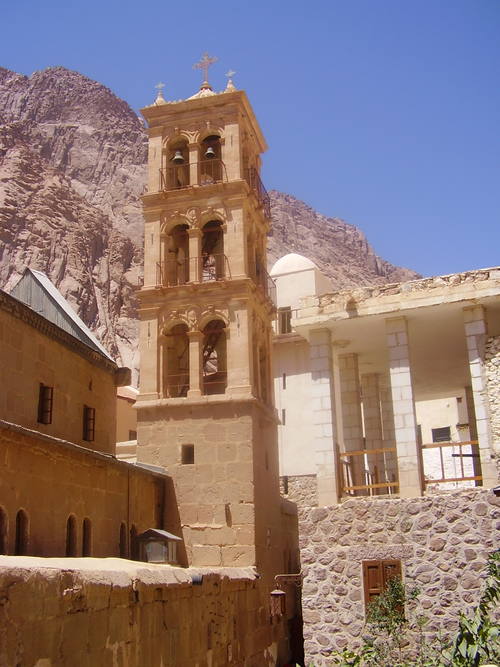